Remember that there are also many folks inside Russia who oppose the war and Putin whose ability to communicate and organise will be impacted if/when Russia is removed from SWIFT. Just talked to someone who is welcoming Twitter outcasts to the fediverse who is concerned how they can keep their servers running. We should be ready to help them if/when this happens. 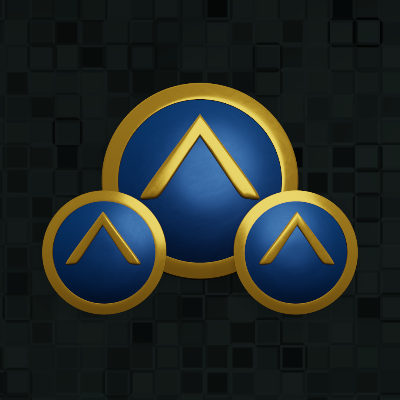 If Putin is a tyrant with no respect for human life, including that of his own citizens, yet you impose sanctions knowing it will only hurt innocent Russian citizens, are you any better than Putin @melaniejoly? Seems you are just harming different innocent civilians than Putin.

The Canadian government continues the trend of taking counter-productive actions.

@aral @cjd I'm reluctant to say it, but crypto might have a use here.

@happybeing @aral @cjd It might be an option explored by elites in Russia as well: https://www.npr.org/live-updates/russia-invades-ukraine-news-friday#russia-could-be-eyeing-cryptocurrency-to-evade-western-sanctions

Unfortunately, measures to prevent Putin supporters in Russia using crypto will probably impact others as well.

@happybeing @aral @cjd You may follow social.coop members – especially @flancian, @theblockchainsocialist, and @disco_coop for a discussion of social and environment-friendly uses of blockchains. You may also want to follow the redecentralize digest for a decent discussion of the Web 3.

@aral Can you explain what SWIFT and Twitter outcasts have to do with each other? I didn't quite understand your post, but it sounds very interesting...!

@gabor The person hosting the Twitter outcasts on their fediverse servers will lose the ability to do so if they cannot pay for them using SWIFT.

Popolon ✅ 🐷 ᠫᠣᠫᠣᠯᠣᠨ🐎抱抱龙🐉φιλοσοφία @popolon@pleroma.popolon.org
@aral Going out of SWIFT isn't a problem for Russia anymore, 90% of their exchange are an independant systemes due to previous US sanctions, their main partner is China, where most of transaction are out of SWIFT too, due too US sanctions. Europe totally depend on China for it's industry and totally depend on Russia for its energy. US export are nearly null since more than 6 month and most people stopped to work in docks their.
1+
Feb 28, 2022, 17:44

@popolon Oddly, not what folks in Russia that I’ve been speaking to have been telling me 🤔

Popolon ✅ 🐷 ᠫᠣᠫᠣᠯᠣᠨ🐎抱抱龙🐉φιλοσοφία @popolon@pleroma.popolon.org
@aral That's what french ambassador in Moscow said. And the system between Russia and China make exchanges in €, not in $, as Saddam Hussein started to move to, just before invasion by US.
1
Feb 28, 2022, 19:29

@aral Among other interesting things:

Russia started to join Chinese CIPS in 2016 to avoid SWIFT sanctions, Iran was already banned few years ago too, so this will just reduce SWIFT usage (and billionaires business)
I don’t think electric cars are viable, but only China has technologies to do them. Tesla is one of the numerous companies in China that produce vehicles, including cars, motorbikes (they produce a lot since at least 15 years), bikes, trains…
Lot of cars in China runs on gas too and the move was massive when first US sanctions, hit China and Russia since at least 10 years ago (that’s the time I first seen one in China). Today China buy half of the Russian gas production, and this part will grow with a new pipeline as they try to reduce coal usage and they have some energy shortage due to making most things for the whole planet. The grow of energy price, indexed on gas in Europe since last year is related as Europe is first world gas importer, mostly from Russia (EU report). We should pay 2 or 3 times the price next year, already millions of people didn’t afford energy for heating during winter in France (even if Governement paid lot of money to report debt to next government keeping artificial stable price. Nuclear plants that was an important point are old and need more and more down time for maintenance.
World depend on Russia and China to go to space, Soyuz is launched from Kazakhstan. Russia and China have plan to make their own common space station. ISS is at end of life
Europe delocalized production and knowledge in China, sold key strategic companies to US (including strategic parts of Alcatel, Nokia, Alstom, Airbus, etc..) and throw out engineers in key sectors (transportation, networks, pharmaceutical). I remember about 15 year ago in a Chinese course, another student worked for car maker Citroen, and called Wuhan several times a week (Hubei province is the most important partner of France in China). Because all basics components was made their, and still assembled in part in France, since about 5 years all car assembly factories are closed in France. And that’s the same for most of the French industry, some was outsourced in Eastern Europe, including Poland their was plans to outsource in Ukraine.
School, hospital and transportation level down a lot, as government (Europe one as western countries) give this money to industrial companies that make big profits on products made in China and give more money to shareholders. It will take time to remake good school network. During this time, China and South Korea put lot of money on it’s industry, health system, education and infrastructures, this is why for they have so few death their.
After Ambassador of France in Moscow, Russia doesn’t import anymore cereals or meat, but instead produce enough to export to Europe and China.

@popolon @aral
Visa and MC have shut their operations in Russia. Paying with cards outside of RU is impossible now. I have 3 domains at a foreign registrar, two of which are due in summer. I can't pay for them (will probably have to transfer to a Russian registrar). No payment for a VPN. No subscriptions, no software licenses from foreign publishers. No international shopping (although no delivery, either, unless it's from China). Ppl, who've been abroad at the moment are stuck without money.

@popolon @aral To sum it up, payments for private persons are now available only inside of Russia to Russian merchants. If a hosting provider is abroad and you're paying with a card, it's not possible anymore.

Popolon ✅ 🐷 ᠫᠣᠫᠣᠯᠣᠨ🐎抱抱龙🐉φιλοσοφία @popolon@pleroma.popolon.org
@SeventhMagpie @aral The same way India blocked payment to aliexpress at least few month or years ago, but Indians can still buy by using voucher. I believe there is the same kind of blockage between vietnam and China. 20 years ago I known a People republic of China citizen that exchanged with what Taiwanese call "Republic of China" (Taiwan). He had to pass by Hong Kong to be able to go to Taiwan. and come back. But since 2008, there are direct lines for planes/boats, etc... If you are international worker/traveler you can still use tierce contry account, and this doesn't change anything for most citizen. On the other side, energy things like oil and gaz jumped very high in Wesstern Europe, we totally depend on Russia for our energy. In France we have nuclear plants for electricity but this is probably not even the half of our total energy needs.
1
Mar 11, 2022, 02:12

@popolon @aral It's a bit more complex than having to go through a third country. Atm the furthest Russian airlines can go is Turkey, and only on SSJs, which are small regional airplanes. The EU airspace is closed. The EU demands that all lessors terminate all lease contracts and retrieve >500 airplanes from Russian airlines. Airbus & Boeing have stopped all servicing, spare parts delivery, and have completely cut Russian airlines from all tech doc. This introduces direct risks to common people.

@popolon @aral I'm sure that Europe will do just fine. That's what your politicians have been saying for several years now, at least. :) They probably have a solution ready, other suppliers or something. Diversification of sources, American gaz. I won't even get into it, I'm not familiar with this market. Europe wouldn't be shooting itself in the leg, would it.

Popolon ✅ 🐷 ᠫᠣᠫᠣᠯᠣᠨ🐎抱抱龙🐉φιλοσοφία @popolon@pleroma.popolon.org
@SeventhMagpie @aral I already t shooted itself in the leg so many times:
* Killing, by "Austerity" politics, Greece. Chypre, Portugal, Spain (and big part of France) infrastructures (schools, hospitals, research, transportation), for private interests, creating chaos, reducing chance to survive to pandemics or climate change
This is an overcorupted organisation head by non-elected people coming mostly from most dirty part of banking.
Selling to US
* Nokia (when it was the most sold phone on earth)
* Alstom (including strategic vital technologies like nuclear/dam turbines)
* Part of Airbus
Bought to US:
* Monsanto (when what it done was mostly internationally forbidden)
1
Mar 11, 2022, 14:36

@popolon @aral If so, then it's sheer stupidity on the EU's side, to throw their own people under the bus like that. They have no moral right to judge anyone in such case, no leg to stand on.

On a side note, I thought that Nokia had been sold to the Chinese? Or am I confusing it with Motorola?

Popolon ✅ 🐷 ᠫᠣᠫᠣᠯᠣᠨ🐎抱抱龙🐉φιλοσοφία @popolon@pleroma.popolon.org
@SeventhMagpie @aral Probably Motorola?
UE is everything but democratic, and is mainly managed by oligarchs. Even with the limitations of election system (media bias depending on who control them)
* European Commission is not elected, and is the only one that have the decisions to change laws. The elected parliament is here for consolation
* Every country that made a referendum against European constitution was against it. After 3 countries voting against, they stopped referendums, and they still forced it by Lisboa treaty.
They generally push industry/finance interest before people interest. They financed intensive agriculture with [Common Agricultural Policy](https://en.wikipedia.org/wiki/Common_Agricultural_Policy) (CAP), and didn't helped conversion to organic farming. Industrial farming totally killed soil that naturally give foods to plants and depend on gas to produce fertilizer,so we are totally dependent on Russia for our agriculture. Russia isn't anymore, they prepared for autonomous production after first sanctions around 2014. There are a high rate of suicides among farmers in European Union, because of the cost of this fertilizer, and the low rate at which they sell their cereals.
1
Mar 11, 2022, 14:57

@popolon @aral It's very disturbing. Do these people really think they could eat money in the end?

Popolon ✅ 🐷 ᠫᠣᠫᠣᠯᠣᠨ🐎抱抱龙🐉φιλοσοφία @popolon@pleroma.popolon.org
@SeventhMagpie @aral As usual in international sanction, people are blocked. And what's crazy, is that the visa system is not neutral like internet but instead the property of US via SWIFT. I'm pretty sure that lot of countries will agree to switch to the non-NATO system, after the permanent menaces of this one
0
Mar 01, 2022, 12:02 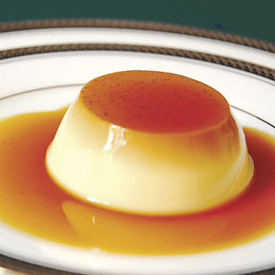 @aral where can we coordinate response/help when the need arises, or prepare for it? Is there One URL to remember for this effort, essentially?